"I will give US$500 more to Chinese earthquake aid but only if 500 more people around the world will also donate at least US$20." 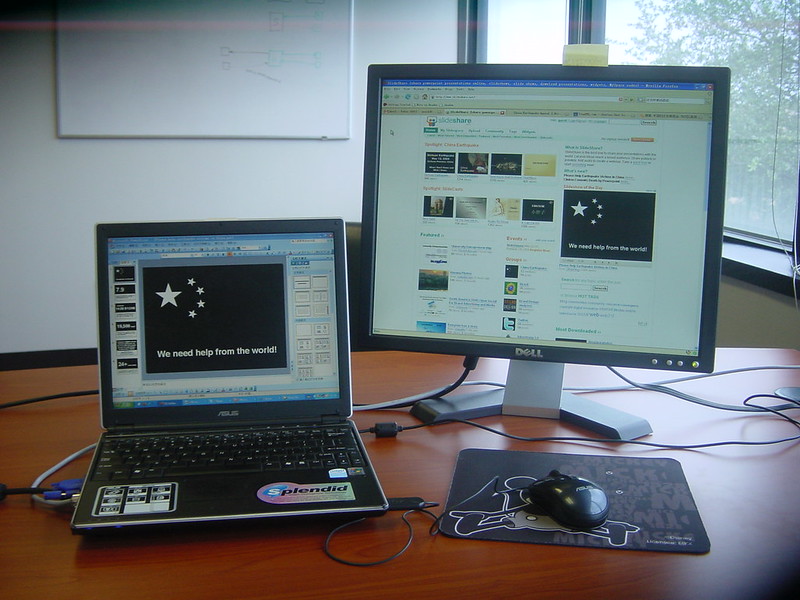 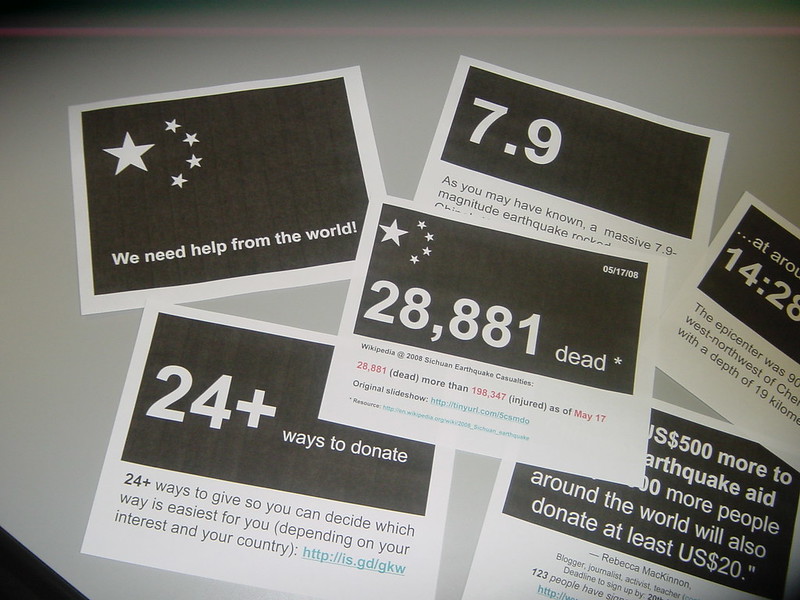 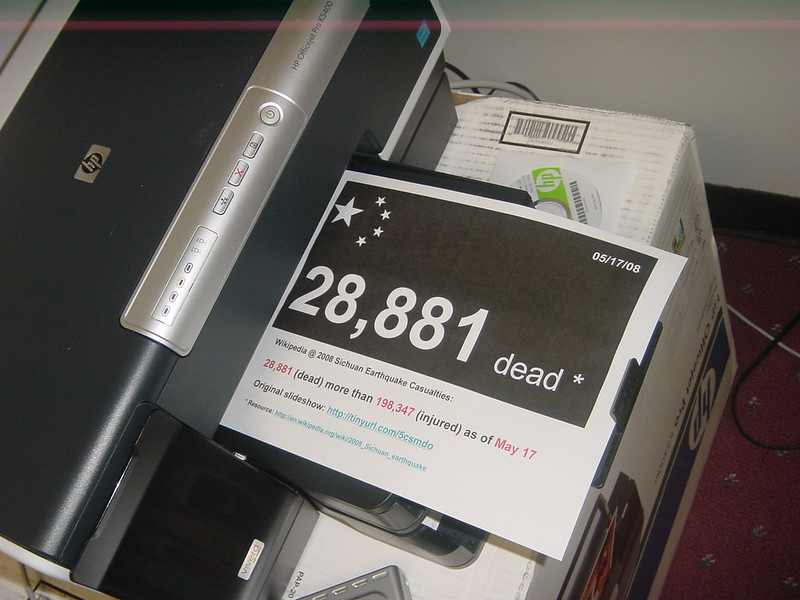 24+ ways to give from Oliver Ding

This slideshow was modified from a post provides a guide to how you can donate toward China earthquake relief efforts. The original post was written by Elliott

There has been a tremendous outpouring of energy from the blogosphere and on Twitter to determine the best way to help out. This post provides a guide to how you can donate toward China earthquake relief efforts. We’ve now compiled over 35+ ways to give. Please add comments and links and I will keep this post updated. A SlideShare version of this post was also created by Oliver Ding.

This is slideshow version of Jeremiah Owyang's post " To Inspire You To Donate: PhotoBlog from China" (http://tinyurl.com/59p7wq). He said: "You know what to d

May 15th, 2008 - To Inspire You To Donate: PhotoBlog from China | Web Strategy by Jeremiah Owyang

In one of my recent posts, I encouraged others to donate, it actually worked, I know of at least 3 people that donated, I doubt I was the cause, as they had it within them to help. I’m sure many others donated, but didn’t want to say anything.

CNN reports that: “The government estimated death toll rose Thursday to around 20,000 but could eventually top 50,000, Xinhua reported.” as of Thursday, so I fear that things will get worse.

I’ve donated again, this time, my donation was more sizable than the first time around.

This slideshow is for UNICEF China’s new donation campaign for China Earthquake. The part one (Slide 1 to slide 12) is a real story about a great mother. 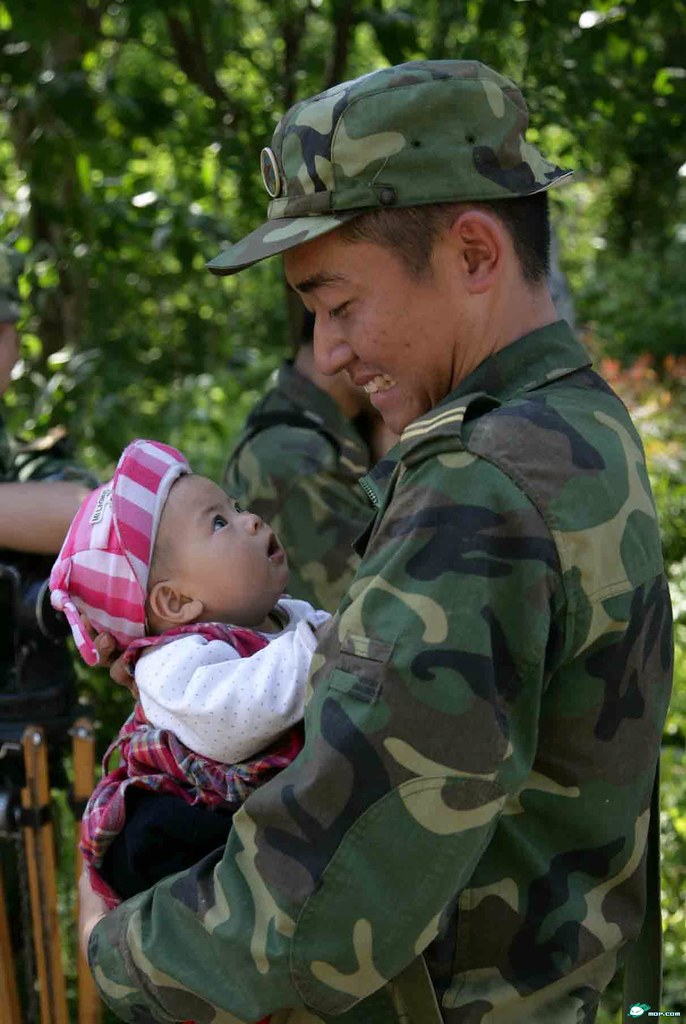 When the rescue team discovered her, she was already dead. She was crushed by the house that collapsed. Through the debris and destruction, you can see the position in which she died. She was kneeling, with her whole body in a forward position, using her hands to support her body. It is somewhat similar to how people pray in the olden days, except that her body has somewhat changed its shaped, and it looks a little scary.

The rescue worker squeezed his hand through all the debris just to confirm that she's dead. He shouted a few times, using his baton to knock a few times on the bricks.. but there was no response inside. When the crowd walked to the next building, the team leader suddenly ran back again, shouting, "come quickly!!!" He came to her dead body, and used all his might to feel under the woman's body. He seems to have felt something.. then he shouted, "there's someone, there's a child, still alive".

After some struggle, the team and volunteers helped to clear all the debris apart, and took out her child from under her body. He was wrapped in a red blanket with yellow floral patterns. He's about 3 or 4 months old. Because of his mother's protection, he was completely unscathed. When they carried him out, he was still sleeping peacefully. His sleeping face warmed everyone's heart. The accompanying doctor performed some checks on him, and found a hand phone inside the blanket. He read the screen and found that it wrote the following, all entered in the phone. "My dearest child, if you are able to survive, you must remember that I love you". The doctor who has experienced many births and deaths in life through his career, cried too at this moment. The phone was passed around. Everyone who saw it couldn't help shedding tears either. (Source: Xinhua Internet Discussion Forum)

One Word One Moment from Oliver Ding

China proclaimed 3-day mourning for the Sichuan victims. A Nation prayed together from May19 to May 21. China’s 1.3 billion people observed three minutes of silence starting at 2:28 p.m. — exactly one week after the quake. I designed this slideshow to keep moment of silence forever.

Once Upon A Curator (draft)

Once Upon A Curator (#atCES)