A group of people are translating tweets to bridge West and East. That's amazing! 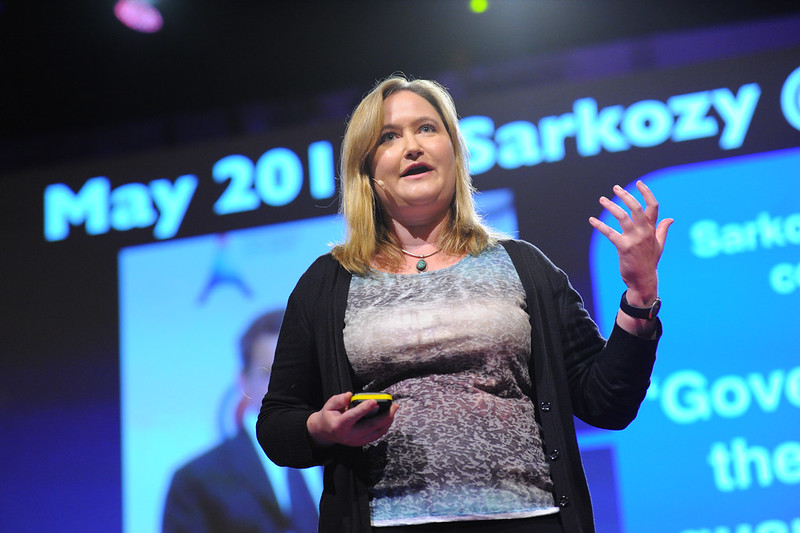 Rebecca MacKinnon says: We do not have good answers for balancing security and free speech on our digital networks. How do we make sure that the internet evolves in a citizen-centric manner? Photo: James Duncan Davidson / TED 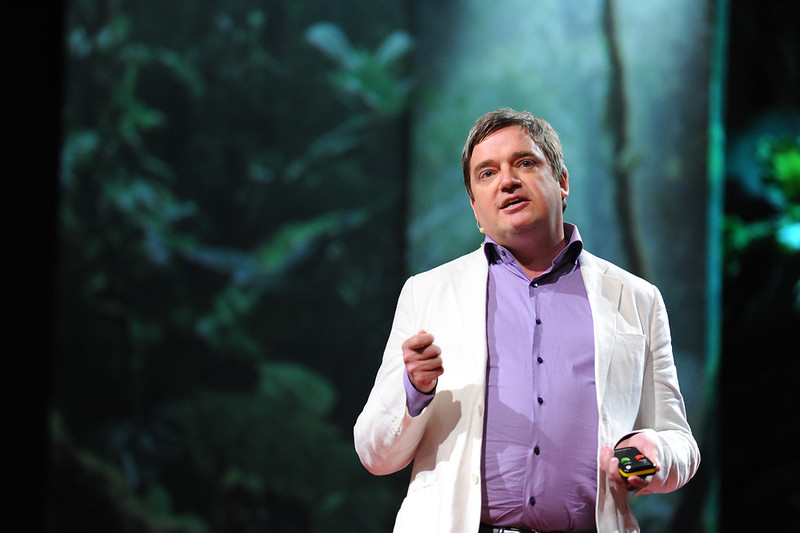 Phillip Blond says: “Our politics in the 20th century has been governed by left-right thinking. But left and right are the same phenomenon. The left has not saved us from poverty; the right has not delivered us into prosperity.” And what we have lost is the former driving force of our society: groups. Photo: James Duncan Davidson / TED

Why do transnational extremist organizations succeed where democratic movements have a harder time taking hold? Maajid Nawaz, a former Islamist extremist, asks for new grassroots stories and global social activism to spread democracy in the face of nationalism and xenophobia. A powerful talk from TEDGlobal 2011. 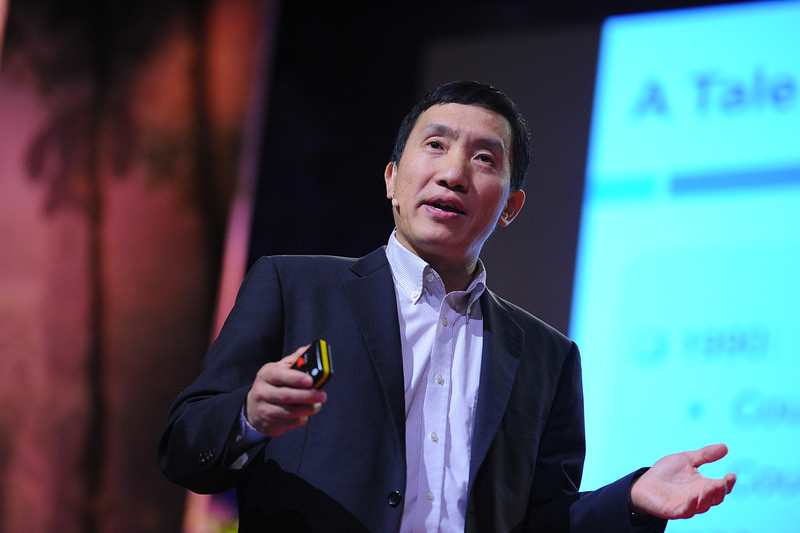 Yasheng Huang, political economist, asks, re China and India: Has democracy helped or hindered economic growth? And how did China cmoe out of the Cultural Revolution such a powerhouse? Photo: James Duncan Davidson /TED

Economics writer Tim Harford studies complex systems -- and finds a surprising link among the successful ones: they were built through trial and error. In this sparkling talk from TEDGlobal 2011, he asks us to embrace our randomness and start making better mistakes. 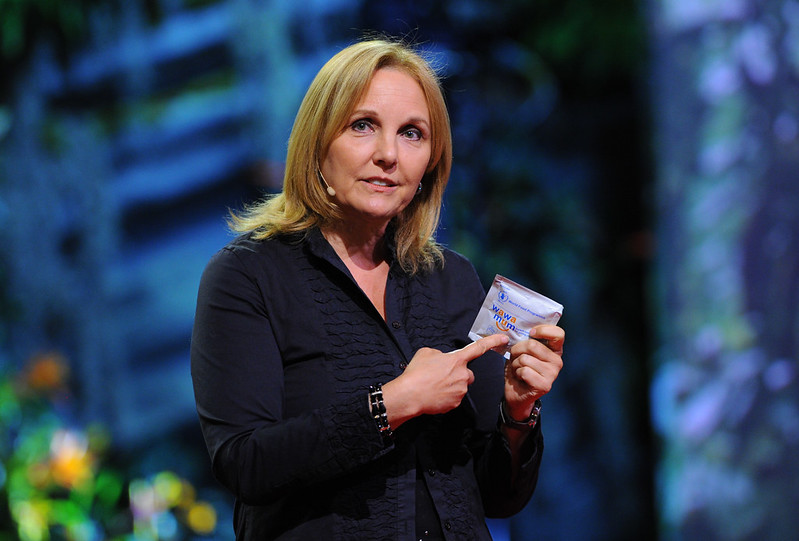 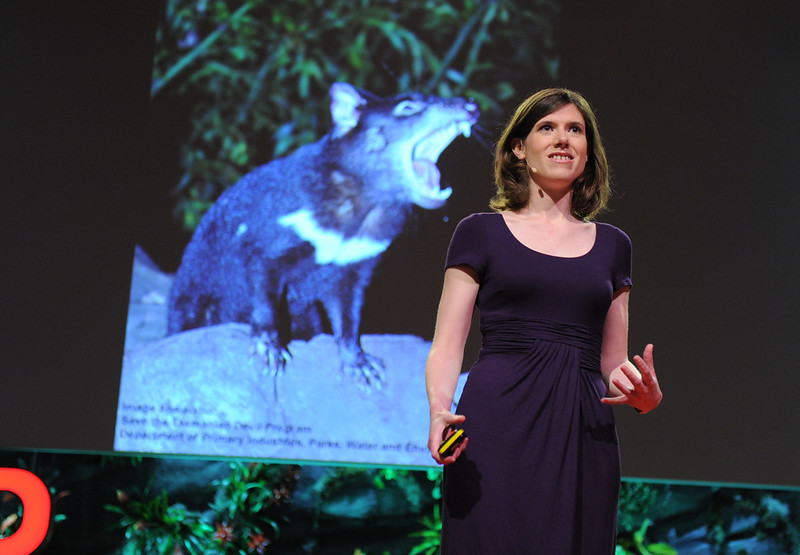 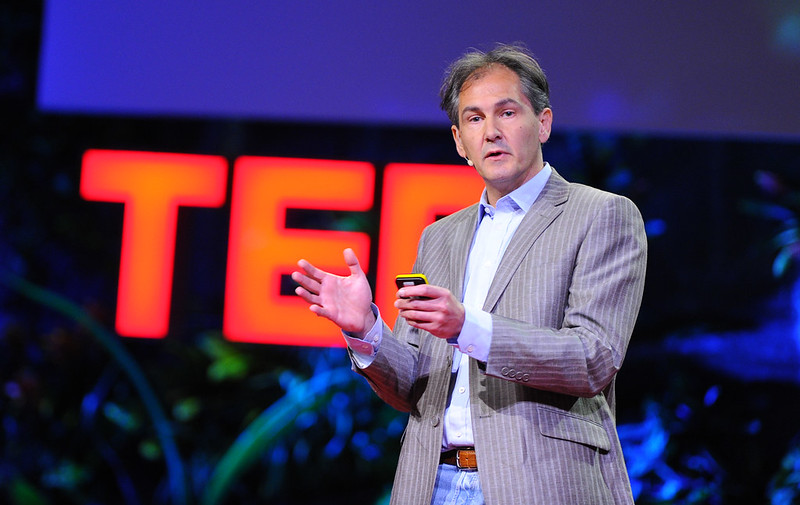 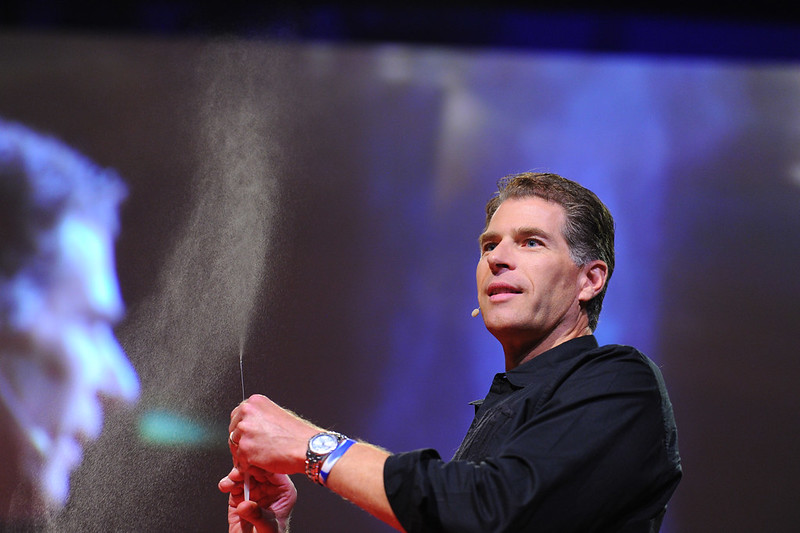 Paul Zak, a “neuroeconomist,” studies why we humans like and trust each other. And the answer, he’s found, is the compound oxytocin. In this photo, he’s brought a syringe loaded with the stuff onstage, and he creates a striking visual aid (and an outbreak of love and trust among the backstage crew) by atomizing it into the air. Photos: James Duncan Davidson / TED. Photo editor: Mike Femia

Brain Pickings is the brain child of Maria Popova, a cultural curator and curious mind at large. Brain Pickings is about curating interestingness — picking culture’s collective brain for tidbits of stuff that inspires, revolutionizes, or simply makes us think. It’s about innovation and authenticity and all those other things that have become fluff phrases...

Mashable is an Internet news blog, started by Pete Cashmore in July 2005. With a reported 7+ million monthly pageviews and an Alexa ranking just over 400, it ranks as one of the largest blogs on the Internet. Mashable launched a dedicated TED channel at http://mashable.com/ted

Chinese artist Ai Weiwei says: “I’m living in a society where freedom of speech is not allowed … I’m trying to involve my art with society, to build possibility.”

Let's take back the Internet! - by Rebecca MacKinnon

Rebecca MacKinnon, an Internet scholar at the New America Foundation, who argues that private corporations are exerting excessive power over the Internet and should have that power checked, gave a preview of her book Consent of the Networked at the TEDGlobal 2011 conference. This bag also features related videos and posts.

Social media writer Shel Israel shares revealing stories of Twitterville residents, from CEOs to the student who became the first to report the devastation of the Sichuan earthquake. Now Haiti is the newest story of the Twitterville.

There are a lot of social media #books, this is a collection of books on #Twitter. #SocialMedia

Twitterville, How Businesses Can Thrive in the New Global Neighborhoods [Portfolio, September 2009] is Shel Israel’s newest book.Shel Israel is a social media storyteller. He is co-author of Naked Conversations, and The Conversational Corporation. #Twitter #Books #Twitterville #Shel_Israel

A bag of Twitter informational sources compiled by Guy Kawasaki.

Find out what PDX tweeps are tweeting about in Art, Tech, Music, Food, Good Causes and more... New trending topics are added several times a day! Do you want to be a PDX Tweet Reporter? All of these Twitter Times virtual newspapers are created from the people that each twitter page follows. It also pulls in tweets from the people they follow. To...

In what is definitely one of the more creative social media ad campaigns in a while, Old Spice is doing just that. Its shirtless, muscled spokesman, the Old Spice Man, is shooting YouTube videos in response to people’s Tweets. #SocialMedia #OldSpice #YouTube #Tweeathon

TED's June Cohen led a panel on social translation at South by Southwest this weekend. The panel -- run as a tight, advice-dense conversation -- brought together leaders from three of the web's most prominent social (i.e. volunteer) translation projects, including Seth Bindernagel, Director of Localization for Mozilla's Firefox browser, and Leonard Chien,...

A fake BP Twitter account tweeting its "public relations" response to the oil spill now has five times more followers than the official BP Twitter feed, and it continues to grow. Check out the following 20 tweets from @BPGlobalPR

Participants and users worldwide are tweeting about the Skoll World Forum 2010 (bag: http://bagtheweb.com/b/ECN14v)

A compilation of "best practice" resources for youth services librarians who are interested in or are currently providing outreach services to juvenile detention centers.

D’Angelo said they founded Quora because “we thought that Q & A is one of those areas on the internet where there are a lot of sites, but no one had come along and built something that was really good yet.” #SocialDesign #Quora #SocialMedia

Real Resume Help A resume is more than just a collection of dates and job functions. It is a sales pitch on your behalf. In fact, most resumes concentrate on dates and job functions, but decision makers don’t care about what you did on a daily basis as much as how you affected the organizations you served, as that is the best indicator of the value you...

A collection of videos demonstrating the role of the teacher librarian and the impact of school library programs on student achievement.