The History of Yahoo

The History of Yahoo—Timeline - WSJ.com

Yahoo helped revolutionize the web, making it palatable for consumers and advertisers alike, but it has struggled more recently as rivals gained ground. See key dates in the company's history.

Yahoo! Media Relations - The History of Yahoo! - How It All Started...

Due to the torrent of traffic and enthusiastic reception Yahoo! was receiving, the founders knew they had a potential business on their hands. In March 1995, the pair incorporated the business and met with dozens of Silicon Valley venture capitalists. They eventually came across Sequoia Capital, the well-regarded firm whose most successful investments included Apple Computer, Atari, Oracle and Cisco Systems. They agreed to fund Yahoo! in April 1995 with an initial investment of nearly $2 million.

Realizing their new company had the potential to grow quickly, Jerry and David began to shop for a management team. They hired Tim Koogle, a veteran of Motorola and an alumnus of the Stanford engineering department, as chief executive officer and Jeffrey Mallett, founder of Novell's WordPerfect consumer division, as chief operating officer. They secured a second round of funding in Fall 1995 from investors Reuters Ltd. and Softbank. Yahoo! launched a highly-successful IPO in April 1996 with a total of 49 employees.

The word "yahoo" is an acronym for "Yet Another Hierarchical Officious Oracle"[12] The term "hierarchical" described how the Yahoo! database was arranged in directory layers. The term "oracle" was intended to mean "source of truth and wisdom," and the term "officious," rather than being related to the word's normal meaning, described the many office workers who would use the Yahoo! database while surfing from work.[13] However, Filo and Yang insist they mainly selected the name because they liked the slang definition of a "yahoo" (used by college students in David Filo's native Louisiana in the late 1980s and early 1990s to refer to an unsophisticated, rural Southerner): "rude, unsophisticated, uncouth." Filo's college girlfriend often referred to Filo as a "yahoo." This meaning derives from the name of a race of fictional beings from Gulliver's Travels.

Yahoo! grew rapidly throughout the 1990s. Like many search engines and web directories, Yahoo! diversified into a web portal. It also made many high-profile acquisitions. Its stock price skyrocketed during the dot-com bubble, Yahoo! stocks closing at an all-time high of $118.75 a share on January 3, 2000. However, after the dot-com bubble burst, it settled at a post-bubble low of $4.05 on September 26, 2001.

This is a photo gallery of the house of Yahoo! and accompanies our official company blog, Yodel Anecdotal.

This account is by Yahoo! Social Media Team
social-comms@yahoo-inc.com 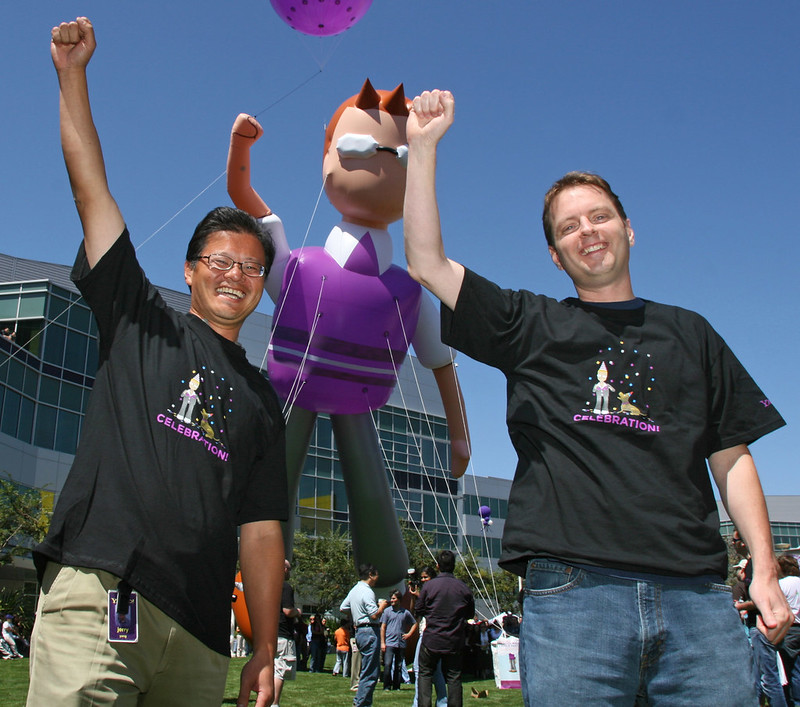 Read more here: yodel.yahoo.com/2007/08/27/introducing-the-all-new-yahoo-... Yahoo! Inc. co-founders Jerry Yang, left, and David Filo celebrate the launch of the new Yahoo! Mail, Monday, August 27, 2007, in front of a ballon featuring the new email character LIAM, mail spelled backwards, at a company event in Sunnyvale, Calif. With the rollout starting today, the new Yahoo! Mail is the biggest overhaul of the popular Web mail service in ten years, and will now feature a new interface, integrated instant messaging and text messaging to mobile phones in the US, Canada, India and the Philippines. (Photo for Yahoo! by Court Mast) 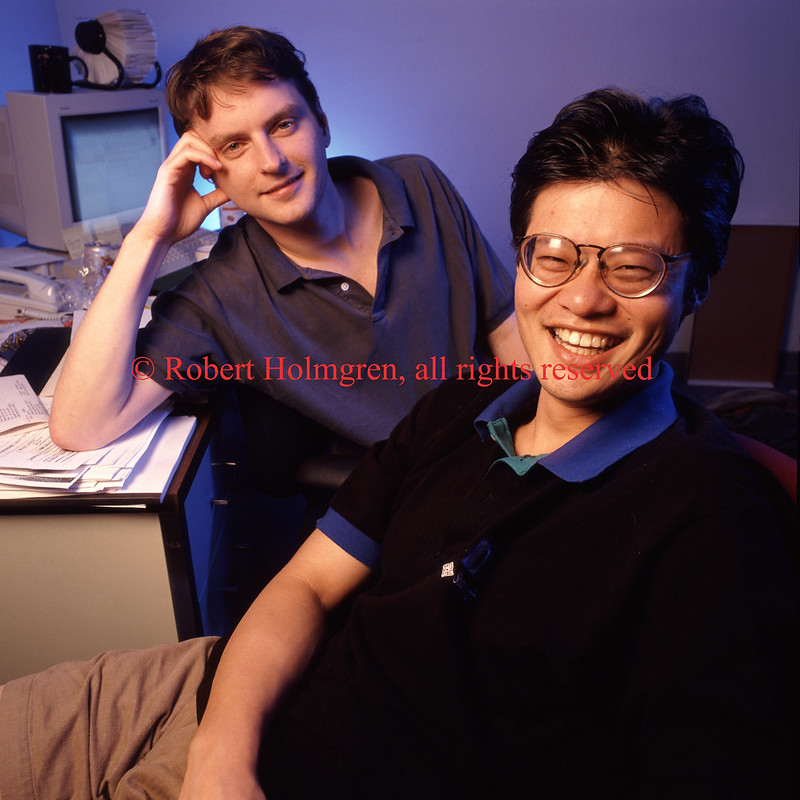 ©Robert Holmgren, all rights reserved. email@robertholmgren.com This was taken when Yahoo operated out of a very small office and both founders shared an office--before they went public .

Marissa Mayer and the Future of Yahoo

Shar VanBoskirk said, "Mayer will prove me wrong if she can: 1) Define a clear vision for the Yahoo! brand; 2) Get rid of the extraneous Yahoo! products that have nothing to do with that vision (say its Web hosting or domain registration businesses?); and 3) Market the new vision clearly so that business and consumer customers know what Yahoo! is and...

Yahoo! Axis is a new browser that redefines what it means to search and browse the web on your iPhone, iPad, and even your desktop. It was launched on May 23, 2012. #Yahoo #iPad #Browser #Google #Bing

The history of the Internet

The history and evolution of the Internet.

It's time to het updated on Digital Marketing and SEO.

It's time to think about buying Digital Lock, Door and Mattress in Singapore

It's time to get updated on Logo design techniques